With us well and truly “locked down” in the UK it seemed the right time to embark on our first ever Tweet Tasting.  With the expertise of The Whisky Wire to help us navigate Twitter!  25 whisky enthusiasts and bloggers joined us on the 6th of May and nosed, sampled and tweeted about our award winning SmokeStack Blended Malt Whisky.

The feedback was phenomenal – turns out we have produced a great quality dram at an exceptional price point – but then we knew that already!

Scroll down to see just some of the comments from the tasting. 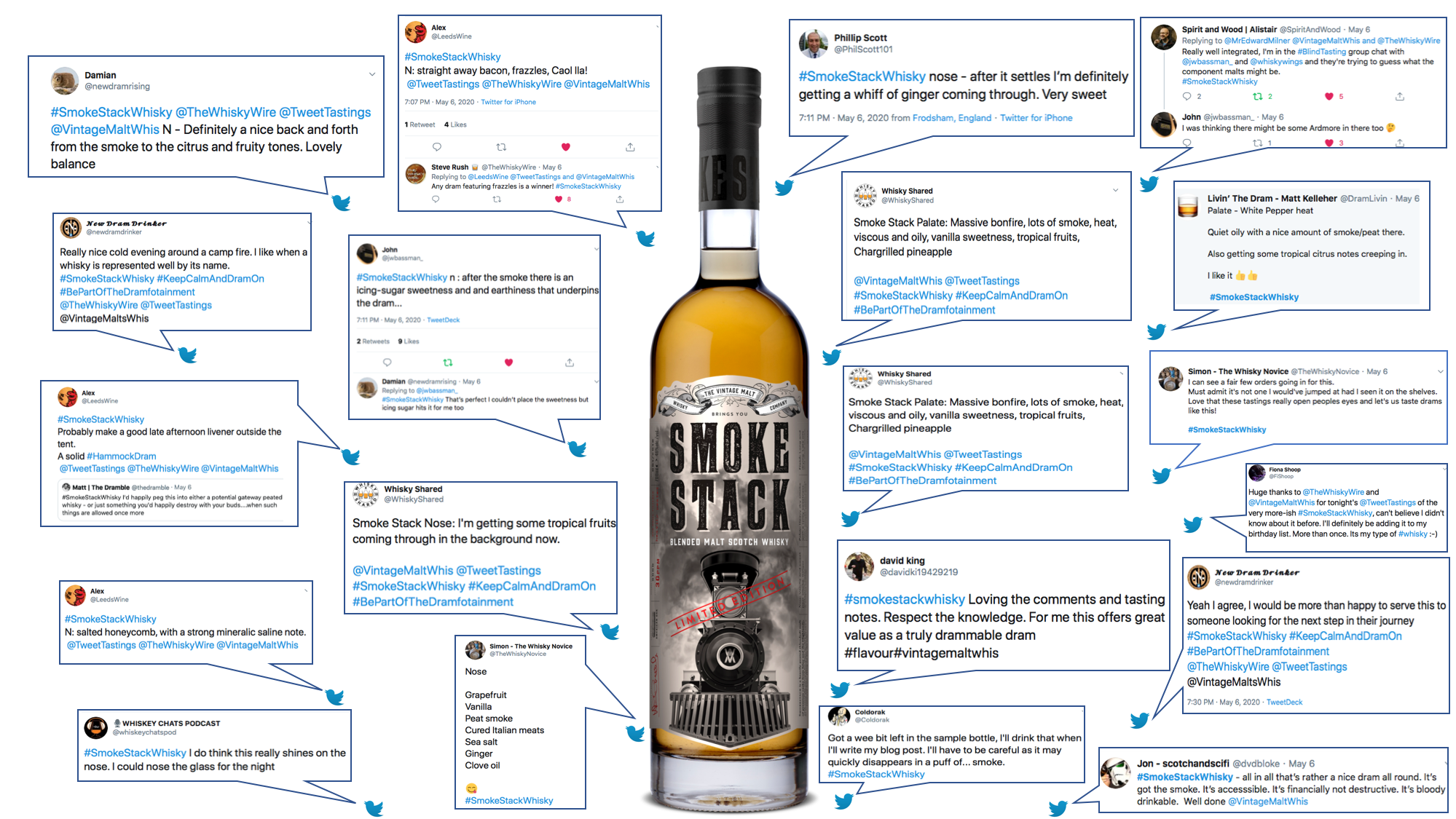 There were 69 twitter accounts that were active during the tweet tasting and during 12 hours pre and post tasting, with an initial reach of 132,732 followers
The total Twitter timeline reach during the tasting was: 13,124,237There were over 1000 tweets during the date of the tasting and the 24 hours that followed using the events hashtag
There were interaction (RT’s, comments) from Twitter accounts spanning 31 different countries
The reaction % of tweets was 92% positive – 8% neutral – 0% negative.
BUY SMOKESTACK