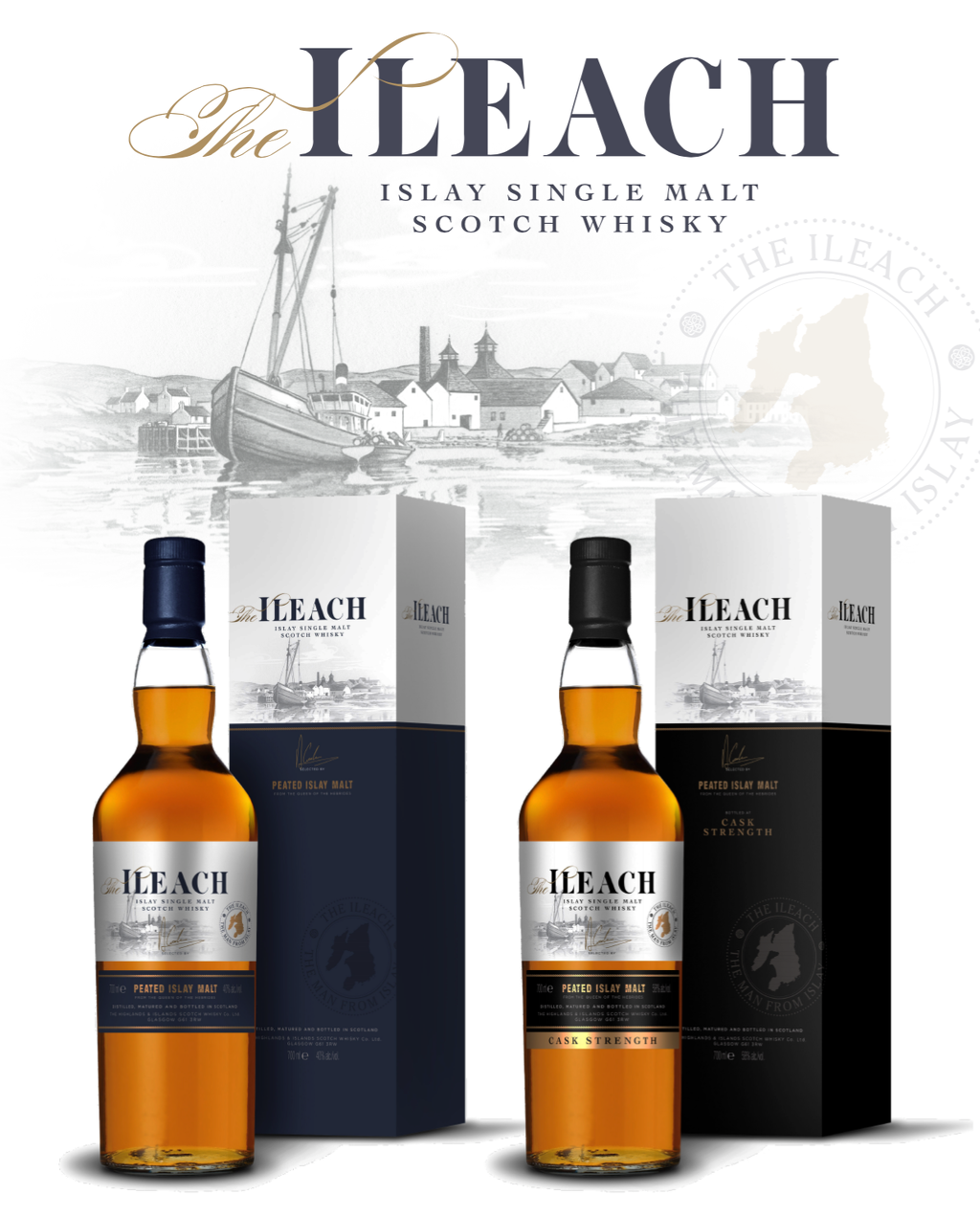 Nose: A thick chunk of peat has been dissolved in my glass

Taste: The oil-peat-barley balance is spot on as is the
bitter sweet tone: just stunning

Finish: The peat dissipates slowly to leave a slightly bitterish
oaky influence but the spices compensate.

The Ileach Cask Strength features in the list of IMMORTAL DRAMS in Jim Murray’s Whisky Bible. In his 2008 bible he named it  ” World Whisky of the Year – Runner Up”.

Amazingly, my tasting notes for the weaker version are exactly the same as for this sea facing monster. Except here the enormity has risen up by a significant factor, as has the intensity of each vital cog in its make-up. Perhaps the only change is the honey thread to the sweetness that pervades throughout. Otherwise, identical. A wondrous, take it with you when you die malt that is easily a contender for whisky of the year.

For centuries the stormy waters of the Atlantic Ocean has not only shaped the character of the people of Islay but also the character of their famous whiskies. In many ways this fine malt mirrors the character of Islay people – strong yet gentle, warm yet mellow, but with a maturity beyond its years. Robust peaty, with that unmistakable breath of the seashore, The Ileach is “a true man from Islay”